All too often people operate within their self created comfort zone and fail to grasp opportunities to grow and contribute beyond that space. And to be fair, some are well… Read more »

No one can possibly “make you feel” any emotion whatsoever, because your emotions are only ever created in YOUR OWN MIND in response to INTERNAL BELIEFS you have about the… Read more »

Do What You Love or Love What You Do

"Thank God it's Friday" is a well worn phrase indicating satisfaction and joy at reaching the end of one's work week. While it certainly applies to many, as joyful an expression as it is, it's also sad in a way because it represents the feelings of someone who doesn't really love their work. So…how much do you love your job? 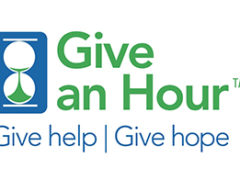 Vets Deal With Stress and PTSD – Hypnosis Can Help

On Memorial Day we are reminded that many of our Vets and their familes are dealing with the grief and stress from loss as well as PTSD. This is a time for all of us to provide whatever support we can for the famlies of our Fallen Heroes as well as those returning Heroes who suffer daily from PTSD.

People are always asking me if hypnosis works for things like weight loss or to quit smoking or to relieve stress along with a wide variety of circumstances and the answer is almost always "yes." The reason my answer is almost always yes is because all of your emotions and most of your behaviors are either controlled entirely or greatly influenced by your unconscious mind and the unconscious mind is where hypnosis and Neuro-Linguistic Programming works effectively to create the lasting positive changes people are wanting.

Let's take weight loss as an example. Eating is very much an unconscious behavior. People eat for a variety of reasons, the least of which normally is healthy nutrition. People eat when they're stressed, bored, depressed, celebrating, tired, anxious, being social and from time to time to nourish their body. All these reasons, except healthy eating, are controlled by the unconscious part of your mind.

Positive stress, also known as Eustress is the excitement felt by people when they are confronted by a demanding situation, which they think they can handle. People intentionally create Eustress through sports, gambling, business, watching scary movies and riding roller coasters. Eustress is created by the subconscious mind. Negative stress (distress) is also created by the subconscious mind and can sometimes be very appropriate and useful… for example… in an emergency situation.

For many years hypnosis and hypnotherapy have been rooted in science with a growing body of anecdotal and evidence based results being reported in a wide variety of publications. While the American Medical Association (AMA) currently has no official position on the effectiveness of hypnosis and hypnotherapy, in 1958, the AMA reported hypnotherapy has a recognized place in the medical arsenal and that it’s a useful technique in the treatment of certain illnesses and emotional conditions. In short, they were acknowledging that hypnotherapy works. Additionally, the American Psychology Association (APA) website has declared that most clinicians now agree hypnotherapy can be a powerful, effective therapeutic technique for a wide variety of conditions. Even the Mayo Clinic agrees that hypnotherapy works.

Driving to work today, I heard the radio ad for the Midwest Center for Stress and Anxiety. In the ad, they promised they knew how you could relieve yourself of stress and anxiety through their exclusive method and offered a free CD to explain how the program works. Since, as a Certified Hypnotherapist and Neuro-Linguistic Programming Practitioner, I regularly help people to live a stress free and anxiety free life, I wanted to find out more about their program and called the toll free number.

Robin Williams and Joan Rivers are two comedic icons yet live(ed) in two remarkably different worlds. Robin used humor, along with alcohol to cope with and mask depression while Joan used humor to laugh at everyone including herself. I can only wonder how funny Robin might have been if he had been able to remain sober and manage the depression that robbed him of his life and the world of his amazing talent and humanity.

Depression is not a laughing matter. Depression affects more than one's mood. It negatively affects a person's health, their longevity and their productivity. The causes and potential cures for depression are the subject of study and conjecture.