Let Hypnotherapy and NLP Teach You How to Choose Happiness 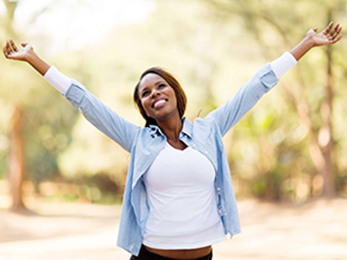 Every day everyone is, usually without knowing it, creating the thoughts and images that bring about our emotions, both positive and unpleasant that we experience as well as empower or limit us. This includes on the positive side, enthusiasm, optimism and drive and on the negative side, stress, anxiety, fear and phobias. Through Hypnotherapy and NLP you can begin to take control of that process and choose happiness instead.

Have you ever had a bad day and you can’t wait for it to end but then that evening your replay vivid reruns, over and over again? It’s like not enough that you had a bad day; you can ruin the whole evening, and perhaps part of next week, too.

Most people don’t stop there. How often do you think about unpleasant things that happened long ago? It’s as if your brain is saying, “Let’s do it again! It’s not like we’ve relived the pain too many times already so let’s relive it one more time just for fun. Maybe we can feel upset about it many years too late.”

Most people spent way too much of their lives feeling like helpless observers of the negative thoughts and emotions they are experiencing instead of controlling and directing their mind. Yet every one has also had the experience of focusing their mind on a project and even refocusing if their minds starts to wander off. In one situation, you’re in control and in the other, your not.

Your brain is like a machine without an on/off switch. If you’re not directing it’s activity, it’s going to do something of it’s own choosing, sometimes pleasant and sometimes unpleasant. This situation is compounded when we try to reason with our unconscious mind intellectually. It doesn’t process information the same way we do in our conscious mind. If you wanted to teach a 4 year old something would you speak to them like you would a peer? Of course not… because a 4 year old doesn’t have the ability to communicate at that level.

That’s why if I told a 4 year old “Don’t stick beans up your nose,” there’s a good chance they’d do just that. But if I told you not to put beans up your nose, you’d think about it, imagine the consequences and decide that was a pretty good idea. But suppose I told you not to… picture a blue elephant. If you think about it for just a moment, you’ll realize the very first thing you did in both examples was to imagine the action. The first thing you did was to imagine sticking beans up your nose and then you followed that by picturing a blue elephant. Your unconscious mind is always responding to the thoughts and images you give it.

So, imagine for a moment you were told you had to make a presentation in front of a group of people in a week. How would that feel? What thought or image did you create to cause that feeling? What if you were about to make that presentation and you said to yourself “Don’t feel nervous.” Given what you’ve just learned, how do you think your unconscious mind would respond?

So, the $64,000 question is how to change this behavior? Well, the good news is, it doesn’t cost $64,000 and it doesn’t take years of therapy either. Since your unconscious mind lacks the ability to listen to reason intellectually, all it really takes is interacting with your unconscious mind in a way that suits it and allows it to respond the way you want it to. That’s where NLP comes in. Through NLP, a person can eliminate many of the emotional issues and obstacles that often accompany living that we now experience and can make learning and behavioral changes much faster and easier.

Over the years, using advanced Neuro-Linguistic Programming techniques combined with Hypnotherapy, I’ve witnessed people resolving in just a few sessions emotional issues they’ve struggled with their entire lives. Whether it’s behavior patterns that cause you undue stress, anxiety or fears and phobias or negative beliefs like “I’m not good enough” or “I’m not worthy” and even the after effects of childhood trauma and abuse, your unconscious mind only wants the best for you and will gladly change in ways that might even surprise and delight you if you give it a chance by interacting with it on its terms instead of expecting it to interact with your conscious mind intellectually. Change doesn’t have to be difficult or painful. It can also be fast and enlightening.

There is an old story of a boilermaker who was hired to fix a huge steamship boiler system that was not working well. After listening to the engineer’s description of the problems and asking a few questions, he went to the boiler room. He looked at the maze of twisting pipes, listened to the thump of the boiler and the hiss of escaping steam for a few minutes, and felt some pipes with his hands. Then he hummed softly to himself, reached into his overalls and took out a small hammer, and tapped a bright red valve, once. Immediately the entire system began working perfectly, and the boilermaker went home. When the steamship owner received a bill for $1,000 he complained that the boilermaker had only been in the engine room for fifteen minutes, and requested an itemized bill. This is what the boilermaker sent him:

Everyone deserves to be happy and since we’re all constantly creating our emotional responses based upon the thoughts and images we’re presenting to our unconscious mind, why not begin to eliminate those negative thoughts and images and begin choosing positive, empowering thoughts instead. Like the boilermaker, NLP can help you learn how to tap and where to tap as well.

For more information or to discuss your individual situation, you can call me directly for a free phone consultation or, if you want to get started, you can follow this link to our online appointment calendar to schedule your first session.

Happiness Now Hypnosis
4.9
Based on 12 reviews

Debra Neil
15:09 17 Apr 18
The personal recordings Mr. Miles makes for you are valuable because you can listen to them at your convenience and they are personalized for your... goals and needs. Best of all continue to work while you rest and listen. Hypnotherapy was really efficient for making permanent and quick change and is was better then regular behavior therapy. The length of the appointments were long enough so that you can get to a real resolution before your appoinment time ends. Highly Recommended.read more

Ruby Caldwell
15:27 01 Dec 17
Completly changed my life! I feel like my life and my marriage has changed for the better. I would say it's the best money I've ever spent and I... wouldn't trust anyone else. Miracle work.read more

james nissan
00:32 24 Jul 17
I went to my first ever session for smoking, and to be honest- I really had high doubts about this at first, but it TRULY helped me with my 20 year... smoking addiction. I haven't smoked for 1 month and I already felt the good results. I feel healthier and more active! This is the BEST thing that has ever happened to me. This was magical. I HIGHLY RECOMMEND THIS!!!!!read more

Cherie Reiche
01:14 02 Nov 15
Highly recommend Happiness Now Hypnosis. 5 Star customer service.I have been working with Mr. Tim Miles since June 2015. His methods and... techniques are very effective. I have lost 24 lbs since we have been working together and I plan to continue working with him for many more sessions on other things I need to resolve in my life to achieve all that I know I can be.Mr. Miles is very respectful and helpful, but pushes you to achieve that which you think you could not do on your own (but you can with his help)!My primary reason for contacting him was stress reduction and weight loss. I have since worked on family of origin issues, loneliness, and other emotional issues that have triggered my eating patterns in the past.YOU CAN DO THIS - YOU DESERVE TO BE HAPPY - but you need to reach out for help and Mr. Miles at Happiness Now Hypnosis is the best choice. He has convenient on-line booking and hours that work for everyone's schedule.I hope that you contact him and find the happiness and contentment I have found through working with him in counsel and in hypnosis. Again, YOU DESERVE TO BE HAPPY! What are you waiting for?Best wishes!read more

Casey Brockington
21:32 09 Oct 15
I've been to more than a half a dozen therapists over the past 20 years. I don't know why I never considered hypnotherapy before but a friend... recommended me to Mr. Miles based upon the wonderful results she experienced with weight loss.I've had three sessions over the past month. They have been life changing! My anxiety and stress used to be through the roof and now I feel more relaxed and happy than I can remember. Thank you Tim, you're the best.read more
‹
›