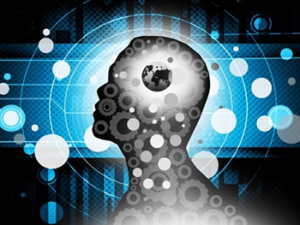 Hypnosis and Hypnotherapy, while still considered by some to be an “alternative” mental health practice is becoming more mainstream as studies continue to prove its effectiveness in a wide variety of situations.
According to Stanford University psychiatry and behavioural science professor David Spiegel, hypnotherapy is “literally the oldest Western conception of a psychotherapy.”
The American Psychological Association reports “patients who received hypnosis reported less post-surgical pain, nausea, fatigue and discomfort.”
Hypnotherapy also reduces treatment costs for less drug use and surgeries. “Lowering those two meant an average cost of approximately $338,” Spiegel added. The Journal of the National Cancer Institute released a report in 2007 saying a hospital saved $772 for every patient being treated through hypnosis.
Wesley Anderson, a practicing hypnotherapist for over 20 years tells CNN how it’s done. Upon meeting patients, he starts off normally by getting to know them. “I try to establish a rapport and establish the client’s intentions for hypnosis.”
A hypnotherapist would then silence the patient’s peripheral and conscious mind with the use of verbal and non-verbal cues. The patient will be relaxed and still, adjusting to a proper posture. “They’re halfway between being completely asleep and completely awake,” Anderson explained.
In a state of trance, the part of the brain in-charge of subconscious and non-logical thoughts will be open to any suggestions. “The normal adult filters and belief systems of what is and what isn’t will start to fade,” he continued. “Clients become almost childlike.”
This therapy will help patients manage pain and think differently about their bad habits. “The pain signals might be there, but they wouldn’t make it into awareness,” Anderson said.
According to Anderson, people normally experience some form of hypnotic state everyday. “If you’ve ever been lost in a daydream or zoned out and missed your turn while driving your usual route, you’ve experienced a form of hypnosis.”
If you think hypnosis might help you, contact us for a free consultation or schedule a session today.
How Effective is Hypnosis?
Results of Comparative Study by American Health Magazine
Psychoanalysis:
38% recovery after 600 sessions
Behavior Therapy:
72% recovery after 22 sessions
Hypnotherapy:
93% recovery after 6 sessions

Happiness Now Hypnosis
4.9
Based on 12 reviews

Debra Neil
15:09 17 Apr 18
The personal recordings Mr. Miles makes for you are valuable because you can listen to them at your convenience and they are personalized for your... goals and needs. Best of all continue to work while you rest and listen. Hypnotherapy was really efficient for making permanent and quick change and is was better then regular behavior therapy. The length of the appointments were long enough so that you can get to a real resolution before your appoinment time ends. Highly Recommended.read more

Ruby Caldwell
15:27 01 Dec 17
Completly changed my life! I feel like my life and my marriage has changed for the better. I would say it's the best money I've ever spent and I... wouldn't trust anyone else. Miracle work.read more

james nissan
00:32 24 Jul 17
I went to my first ever session for smoking, and to be honest- I really had high doubts about this at first, but it TRULY helped me with my 20 year... smoking addiction. I haven't smoked for 1 month and I already felt the good results. I feel healthier and more active! This is the BEST thing that has ever happened to me. This was magical. I HIGHLY RECOMMEND THIS!!!!!read more

Cherie Reiche
01:14 02 Nov 15
Highly recommend Happiness Now Hypnosis. 5 Star customer service.I have been working with Mr. Tim Miles since June 2015. His methods and... techniques are very effective. I have lost 24 lbs since we have been working together and I plan to continue working with him for many more sessions on other things I need to resolve in my life to achieve all that I know I can be.Mr. Miles is very respectful and helpful, but pushes you to achieve that which you think you could not do on your own (but you can with his help)!My primary reason for contacting him was stress reduction and weight loss. I have since worked on family of origin issues, loneliness, and other emotional issues that have triggered my eating patterns in the past.YOU CAN DO THIS - YOU DESERVE TO BE HAPPY - but you need to reach out for help and Mr. Miles at Happiness Now Hypnosis is the best choice. He has convenient on-line booking and hours that work for everyone's schedule.I hope that you contact him and find the happiness and contentment I have found through working with him in counsel and in hypnosis. Again, YOU DESERVE TO BE HAPPY! What are you waiting for?Best wishes!read more

Casey Brockington
21:32 09 Oct 15
I've been to more than a half a dozen therapists over the past 20 years. I don't know why I never considered hypnotherapy before but a friend... recommended me to Mr. Miles based upon the wonderful results she experienced with weight loss.I've had three sessions over the past month. They have been life changing! My anxiety and stress used to be through the roof and now I feel more relaxed and happy than I can remember. Thank you Tim, you're the best.read more
‹
›